The History of Eyeglasses — How Trends Have Shifted - Art of Optiks
17908
post-template-default,single,single-post,postid-17908,single-format-standard,bridge-core-2.8.2,qode-page-transition-enabled,ajax_fade,page_not_loaded,,qode-title-hidden,transparent_content,qode-child-theme-ver-1.0.0,qode-theme-ver-27.2,qode-theme-bridge,disabled_footer_top,qode_header_in_grid,wpb-js-composer js-comp-ver-6.7.0,vc_responsive 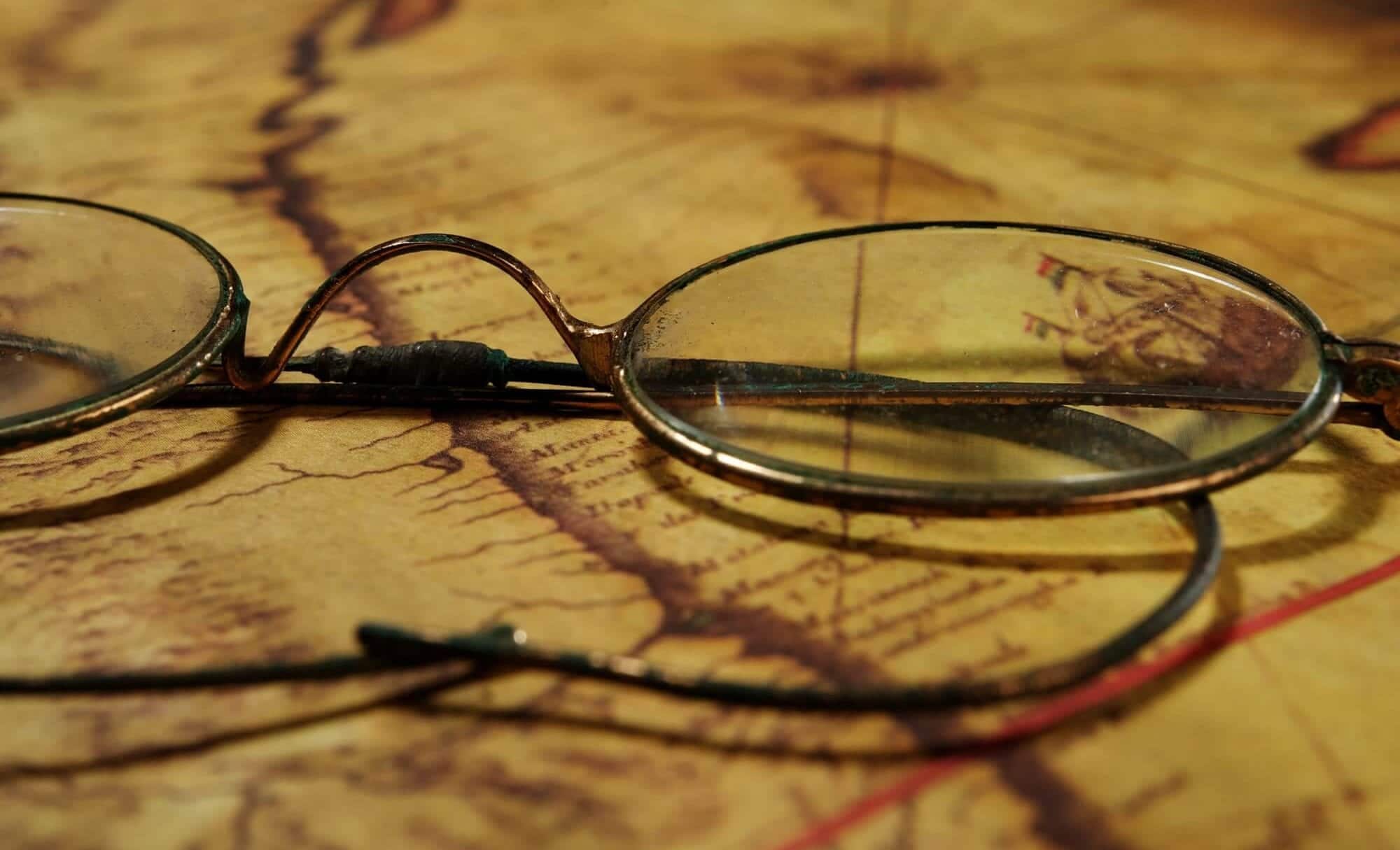 23 Sep The History of Eyeglasses — How Trends Have Shifted

Posted at 14:31h in Blog by Art of Optiks 0 Comments
Share

Many in modern society need a form of vision correction to see clearly, but how did the invention of eyeglasses even begin? Eyeglasses are utilized by individuals that have a refractive error that causes vision to be blurry. It is recommended to schedule an annual comprehensive eye exam, so your eye doctor can adjust your prescription accordingly. The development of eyeglasses has come a long way with pivotal discoveries throughout every century. Have you found yourself wondering about the history of eyeglasses? Explore a journey through the ages.

But Wait, What Is a Refractive Error?

During an eye exam, your eye care provider not only reviews your health history and monitors the health of your eyes, but also checks for any signs of a refractive error. There are different kinds of refractive errors, and it can be useful to become familiar with each before your appointment.

Now, let’s get started. Many noteworthy developments occurred that drove the invention and advancement of eyeglasses. While there are many pivotal moments in the history of eyeglasses, below is a brief overview:

A Journey to the Past

While the inventor of the first wearable eyeglasses is unknown, there is an abundance of historical evidence that shows the progression. The Romans are known to be the first to discover the ability to utilize glass to magnify small text, making it easier to read. Individuals throughout the middle ages have been reported using glass globes as magnifying glasses when reading text. During the 13th century, glass blowers in Italy created the first wearable glasses called reading stones. Reading stones resemble the modern-day, handheld magnifying glass. Glassblowers made small glass-blown lenses set in wooden or leather frames and affixed to horn or wood, which allowed users to hold the device before the face or perch it on the nose.

Many believe that eyeglasses did exist as early Renaissance paintings depict scholars utilizing these handheld devices either as a magnifying glass or perched on the nose. Glassblowers would make lenses of varying thicknesses, and while there were no eye exams, individuals would purchase them in hopes that they would get the correct prescription. As this new invention continued to evolve, eyeglasses were viewed as a symbol of status.

The first wearable eyeglasses were created in the 1700s by Edward Scarlett, a British optician. Eyeglass wearers now had access to the design we are familiar with today; around-the-ear glasses. Once this design was created, eyeglass advancements took off as Benjamin Franklin invented the temple pieces that rest on the ear and bifocals. In the early 1800s, Benjamin Martin invented “Martin’s Margins,” a form of spectacles that encouraged inventors to pursue the lightweight, thin designs of the present day.

As lens technology and accurate prescriptions continued to gain popularity, glasses slowly became more affordable, meaning they were no longer seen as a symbol of status. Due to costs decreasing, glasses transitioned to more fashionable and stylish designs instead of simple vision correction. Manufacturers created frames of different shapes, materials, and colors to give eyeglass wearers various options to fit different face shapes, eye colors, and outfits. While many eyeglass designs utilize strong plastics for the frames, today’s eyeglass wearers have access to luxury collections that incorporate rare and exotic materials ranging from wood and metals to bone and horn.

In the early 2000s, the consumer market also saw the rise of prescription sunglasses, which gave eyeglass wearers access to a vision correction design that reduces glare and UV light exposure. Prescription sunglasses themselves have come a long way as they were initially invented in China during the 12th century to obscure a judge’s eyes while in court, so expressions could not be determined. Today’s modern technology continues to make advancements in prescription sunglasses such as lenses that automatically transition when an individual moves from outdoors to indoors.

It Doesn’t Stop Here; Eyeglasses Will Continue to Transform

While this doesn’t pinpoint every success in eyeglasses’ history, it provides you with a general overview. There are many other vision correction options aside from eyeglasses, such as contact lenses and more permanent solutions like LASIK surgery. Eyeglasses will continue to advance as more discoveries are made. If you’re noticing a change to your vision, it’s encouraged to contact an eye care provider to schedule an exam and discover if you need vision correction.

Sorry, the comment form is closed at this time.